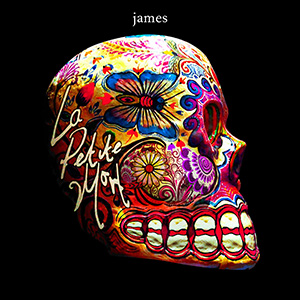 Produced by Max Dingel (The Killers, Muse, White Lies), and written in Manchester, Lisbon, Athens and the Scottish Highlands, this new disc ranks among the finest and most diverse in their 30 year career.

Highlights include the mighty first single Moving On, anthemic Curse Curse, and Frozen Britain, which was unleashed onto the airwaves and internet from late February.

Max Dingel is the latest in a long line of first class producers the band have worked with including Brian Eno, Gil Norton and Youth. From first signing with the infamous Factory Records, to an illustrious career of albums released through Rough Trade, Sire Records and Mercury, James have now agreed an exciting new joint venture label partnership with BMG Chrysalis and indie label Cooking Vinyl.

La Petite Mort was recorded in the wake of Tim Booth losing his mother and best friend in quick succession and understandably many of the songs deal with mortality. In spite of that, La Petite Mort, is an incredibly uplifting record.

“La Petite Mort has sprung from writing sessions in Athens, Lisbon, the Scottish Highlands and the tropical paradise of Ancoats. We have had a long, sometimes toughicult [sic] but exciting journey, and it’s been oh so very fruitful and rewarding.

“It is an album that has stretched us and the songs and pushed us to new heights in craftsmanship and intensity, ably captured by producer Maximilian Dingel.” - Jim Glennie 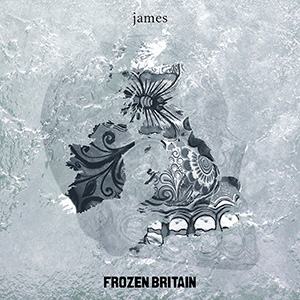 La Petite Mort is available on CD or heavyweight vinyl double LP from our web shop.

You'll find versions with prints of the artwork, exclusive La Petite Mort T-shirts, and a limited number of Super Deluxe bundles — these include a signed & numbered holographic print, exclusive lyric book with notes from the band and unseen photographs, and a special T-shirt only available with these sets, along with your choice of CD or LP. You’ve been waiting a long time for this album, and it’s a good ‘un — so go on, treat yourselves.

Every order here entitles you to a gratis instant download of the track Frozen Britain, as well as the mighty first single Moving On.