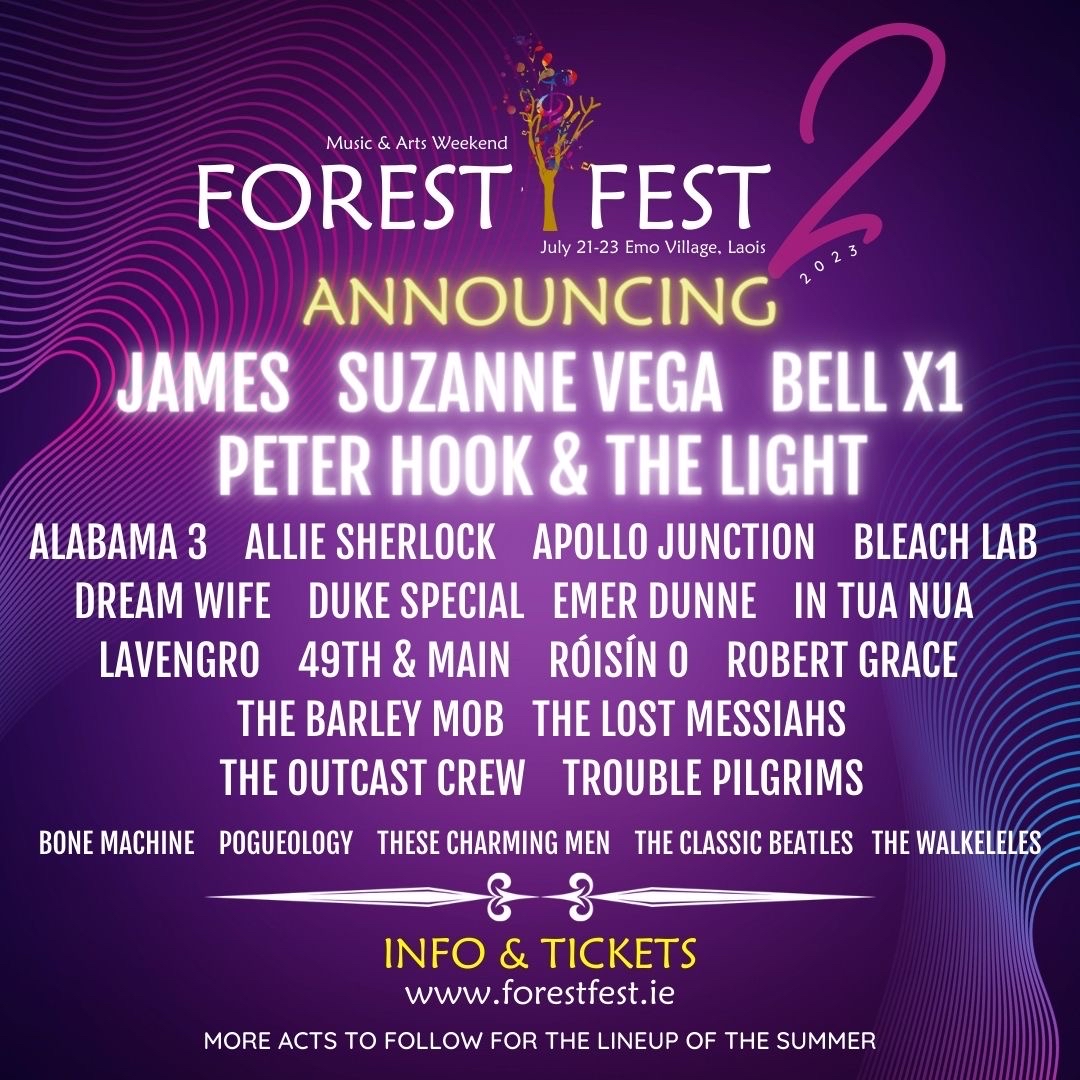 Delighted to announce the band is headed back to Ireland next summer (about time too, eh?), for Forest Fest in County Laois which takes place from 21-23 July. Visit our live page for ticket links. 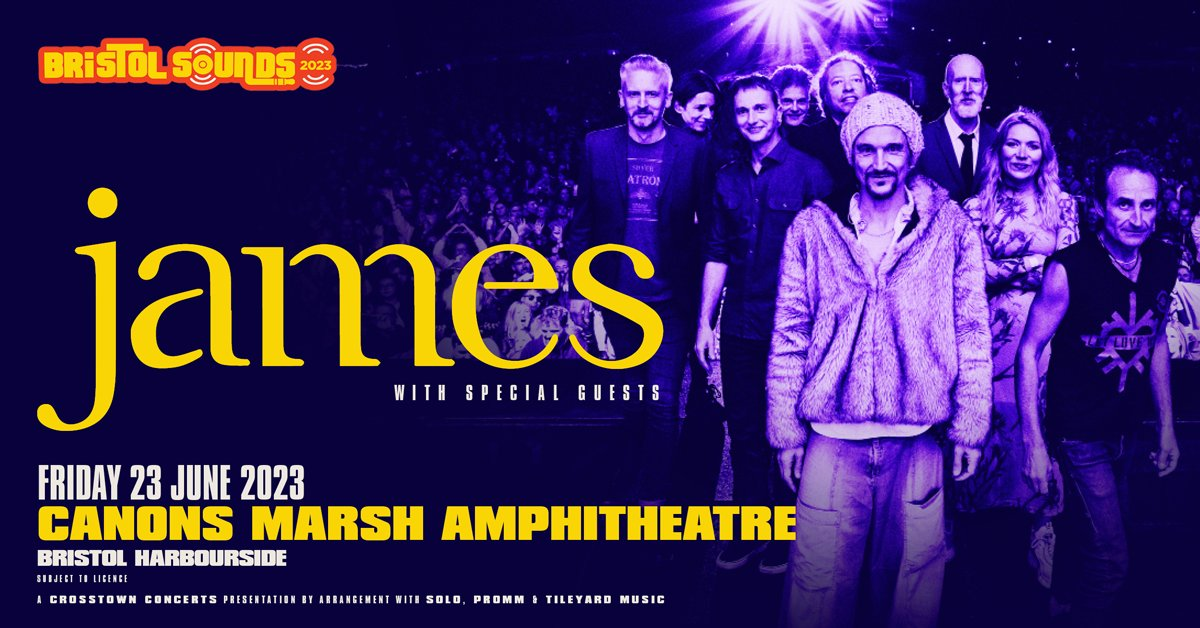 The band will be headlining Bristol Sounds at Canons Marsh Amphitheatre on Friday 23 June next year.

General sale begins on Friday 9th December at 9am, but for those on our mailing list there’s a pre-sale on Wednesday so keep an eye on your inbox…check your spam/junk folder if you don’t see it by Tuesday night.

(N.B. For the avoidance of doubt please note, the band are NOT doing a VIP Soundcheck at this show. The ‘VIP Admission’ option listed on the ticketing page is the event organiser’s package, which the band is not involved with.)

Twice as nice! Second date added for Live At The Piece Hall by popular demand 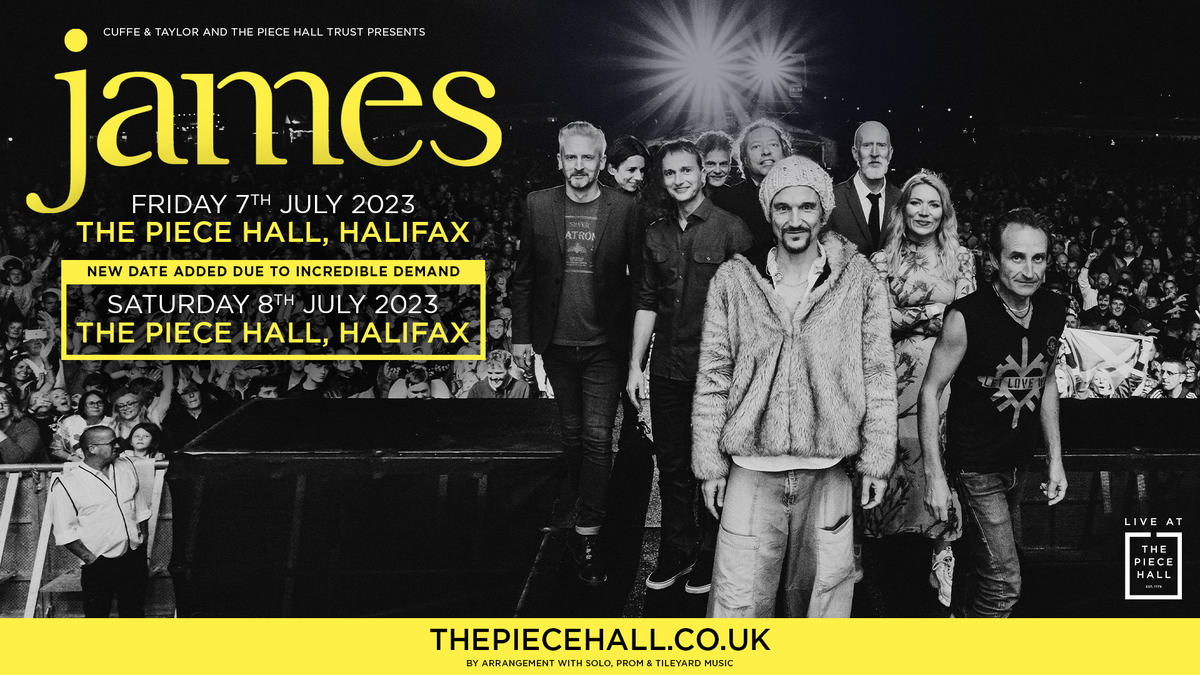 Proud to announce that due to unprecedented demand, we’ve just confirmed a second date for Live At The Piece Hall in Halifax! We’ll now be headlining both Friday 7th July and Saturday 8th July.

Tickets for both shows go on sale at 9am tomorrow. Visit the live page for links.

See you in the Spring

Congratulations to the band on another sold out tour, hope to see you there!

If you haven’t managed to get tickets, commiserations—but don’t despair!  A few tips:

We should have recorded the orchestra tour first time around, as many of you have reminded us. Well, we’ve done it now. And here comes the tour… 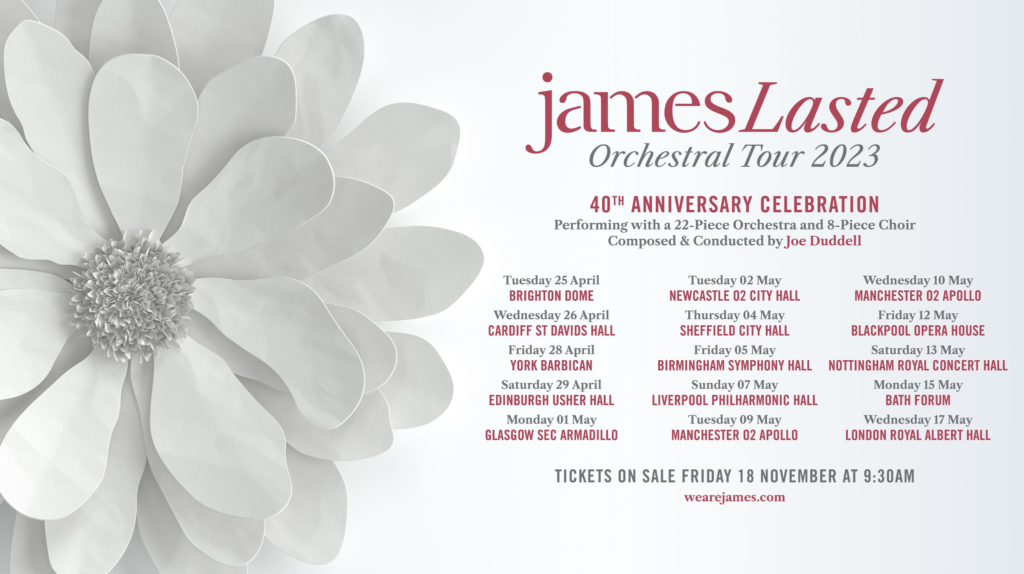 It will be different, probably each night, because we are James, and Joe Duddell knows how to dance with us. And because you are different, each night.

Please leave your phones behind, come and play in the moment!

General sale begins at 9.30am Friday. Good luck everybody.

In celebration of our 40th anniversary, we are very proud to announce our upcoming 16-date UK tour ‘James Lasted’, and a double album release, both featuring Orca 22 (a 22-piece orchestra) and a Gospel Choir.

The album will feature new versions of our greatest hits, fan favourites and will also include a brand-new track. Recorded at Blueprint Studios, Manchester with a 22-piece orchestra and gospel choir, the album is arranged and conducted by Joe Duddell. Full details including release date, track-listing and formats are to be announced soon. 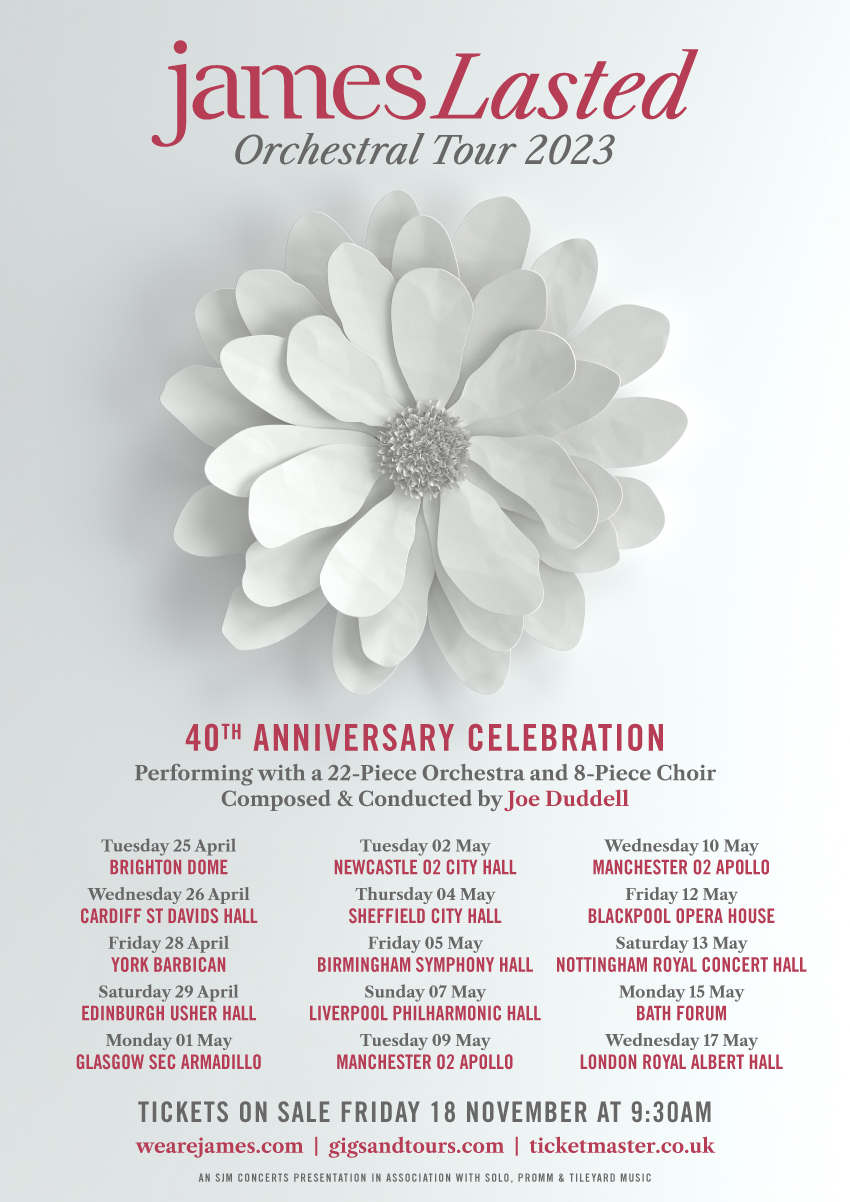 Tim says, “There are a number of great bands who have been around for 40. But to get here and to be having the best time of our lives. To be part of a supportive loving family that still has something to say and new ways to say it. To be turned on by every gig and song. To fall in love over and over again, Groundhog Day, with our bandmates and audience. Damn. That’s time well spent.

We should have recorded the orchestra tour first time round, as many of you have reminded us. Well, we’ve done it now. And here comes the tour. The Orchestra and Gospel singers expand our palette, heighten the tenderness, heighten the celebration and, despite their numbers, somehow leave us feeling more naked and raw. It will be different, probably each night, because we are James and Joe knows how to dance with us. And because you are different, each night. Please leave your phones behind, come and play in the moment.”

In some ways it feels like yesterday and in others, many lifetimes.

I’ve lived a blessed existence, being in a band I’m supremely proud of with musicians that would grace any stage. A family of brothers and sisters, willing to support each other musically and emotionally. We are bloody minded and independent to the core.

Uniquely challenging, always pushing ourselves into the new and taking risks collectively and individually, looking for transcendence.

With love, trust, and acceptance we grow.

Somewhere in a parallel universe, James are the biggest band on the planet. Here’s to another 40 years.”

We look forward to seeing many new and old faces across the dates!

Nothing but love x 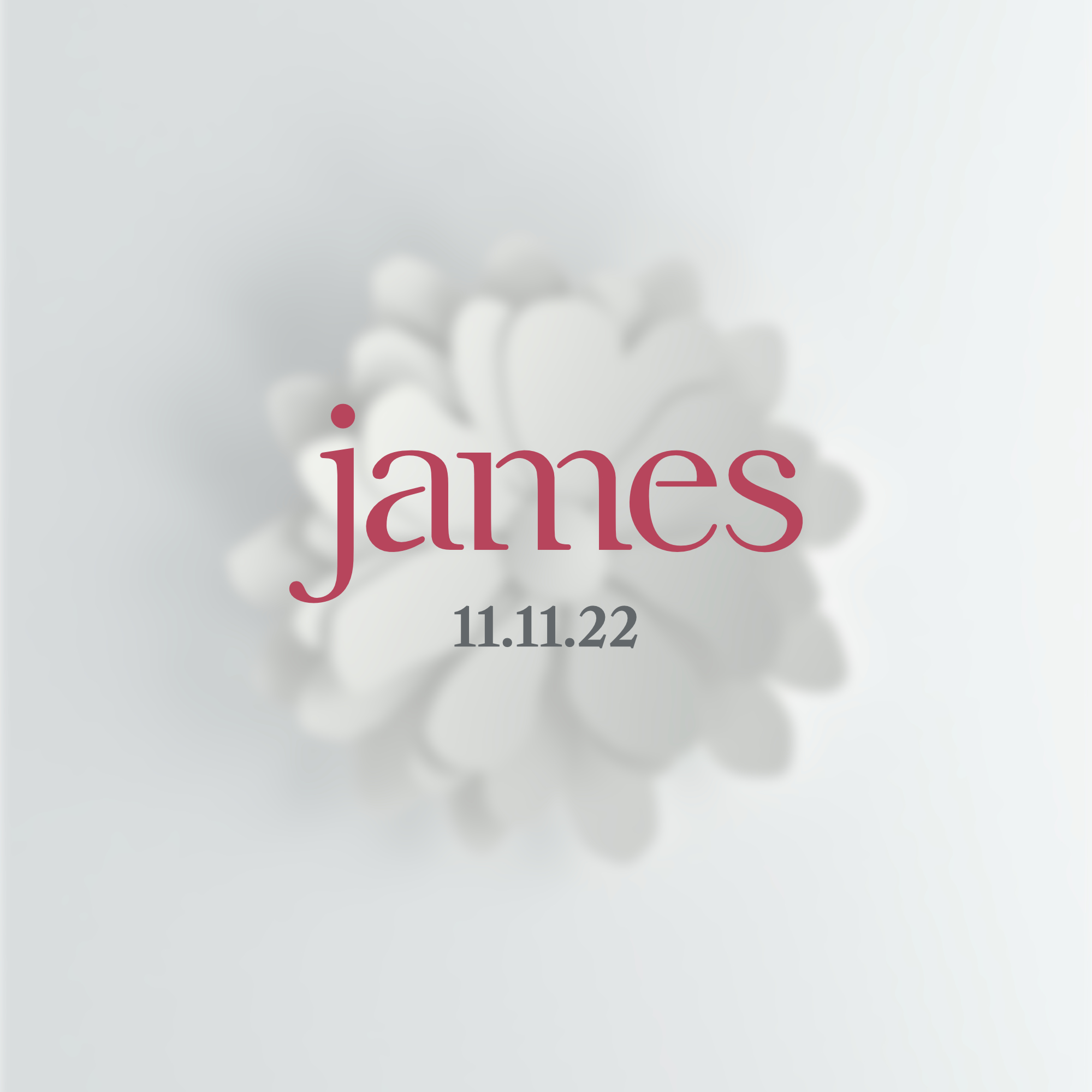 Our stage time at Visor will be earlier than previously announced—we’ll now be on stage 11pm-12:30am.

“Come early as this lineup will prove to be a full evening’s entertainment. Surma is a joy, Troy Hawke’s a troublemaker and catch The Snuts before they go global. All mavericks in their own right.

Pray for rain, to make it an authentic experience.” – Tim

Parr Hall in benefit of War Child on 29th June

“We are happy to announce a benefit gig for War Child, at Warrington Parr Hall on June 29, for their continued work with those affected by the war in Ukraine.” — Tim

Tickets including soundcheck packages will be on sale from Friday 10th June at 9.30am. Visit the gig page for links.

And an update regarding  fan project for Castlefield next month:

We’re working on making this ‘one-night-only’ celebration of the infamous Alton Towers show at Castlefield Bowl really special, and would love to involve you.

If you’ve memories of the 1992 event you’d like to contribute to potentially be part of the show, please film yourself in LANDSCAPE format, with a steady camera/phone and low level of background noise, answering one or all of the questions below:

1. What’s your strongest memory from the original Alton Towers gig?
2. What does the James live experience give you?
3. Would you share a personal story connected to the music?
4. What more would you like from the band?
Send your video files via dropbox / wetransfer or attach to: jamesisnotaperson[at]gmail[dot]com by Sunday 26th June please, including your contributor name in the header.